An Author Does Good

Stephen King, more famous for terrifying readers, has also become known for his willingness to donate the money he earned through writing horror to good works. This Christmas he and his wife, writer Tabitha King, are making sure their local National Guardsmen can spend the holidays with their families.

As the Bangor Daily News reports,

"Stephen and Tabitha King had no problem donating money to ensure that the 150 members of Bravo Company of the 3rd Battalion, 172nd Infantry Unit could come home for the holidays.

They did have a slight problem with the requested amount, though.

“Steve is such a numbers person,” said Julie Eugley, one of the author’s personal assistants. “When we were approached for $13,000, he thought that number was a little unlucky. He didn’t want any bad whammies associated with these troops.”

The Library is closed but staff will be available to answer your phone calls during these hours:
Monday - Friday 9-5:00 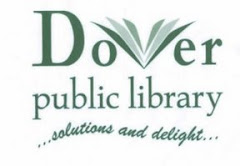 Get our Blog Through an RSS Reader!